“I really don’t care who is doing what with who at work, as long as it’s consensual and not coerced, but lately, there’s a relationship between coworkers that is completely distracting and is becoming the center of drama and distraction. HR is aware that this relationship is occurring and says that they aren’t doing anything against company policy, nothing illegal, nothing immoral and so they can’t do anything about it. While that is probably true according to HR, the drama in this organization is ridiculous around this newfound couple. What do I do?”

Well, you should probably break up with them. Just kidding. I know it’s not you, but it could be. Yes, I don’t really know what the drama and distraction is of a couple that’s in some kind of consensual non coerced relationship at work. So it’s hard for me to weigh on this except to say, why do you care? Unless it’s– was your last significant other or unless there’s really a challenge, why do you really care about, why are you paying any attention to it? If you’re in the break room and people are saying, “Hey, did you know John’s dating Jody?” Or “Jody’s dating Jane?” Or “John’s dating Jason?” or whatever the thing is, and you’re caught in that gossip loop, extricate yourself from it.

What I see happen a lot of times at work is that people get engaged in drama that isn’t theirs. Then they get dramatic over being dramatic, right? They create drama over the drama.

Next, if it is creating drama that does affect your job, then go talk to HR and say, “Hey, look, this is affecting my job. This is what’s starting to happen.” What counsel do you have? Don’t ask somebody else to fix it. Number one, why do I really care about this? Number two, if it doesn’t affect your job, just bear down and focus on what you need to do. If it does affect your job, then talk to HR or your boss, unless this is your boss, and figure out how can you best deal with it because it’s not likely to change if they’re not doing anything wrong. Hope that was helpful. Cheers to them. Maybe I’ll get invited to the wedding.

Hope that was helpful. 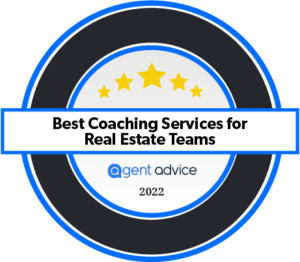